During the last week we hit our funding goal for our crowdfunding of our new edition of DARK CONSPIRACY. This means this classic cosmic horror game will be back! You can still participate in the project while we are on our hunt for stretchgoals. Just visit the project at Game On Tabletop! Make sure to check out the several updates which include more information about the game and the history of Dark Conspiracy. Thanks for your support!

Clockwork Publishing is proud to launch their crowdfunding for a new edition of Lester Smith’s DARK CONSPIRACY, a dystopian roleplaying game of supernatural horror. You can support the game on Game on Tabletop:

Link to the project page

First published in 1991 by Game Designers Workshop (GDW), DARK CONSPIRACY was a startlingly original action-horror game, depicting a bleak, retro-futuristic, totalitarian America where corporations rule everything and the countryside has been abandoned to violent gangs and alien horror. Clockwork Publishing is happy to bring another classic GDW game back with a new and expanded edition after enjoying great success with the new edition of SPACE: 1889 which was published in 2014.

In DARK CONSPIRACY, the players take on the roles of normal citizens in an era marked by a Greater Depression, drawn into investigating the sinister alien horror that has infiltrated human society. With a variety of high-tech weapons and paranormal abilities, these “Minion Hunters” wage a clandestine war against these dreadful forces of darkness and fight them on battlefields ranging from sprawling, dystopian metroplexes to the open countryside, haunted by weird creatures and corrupted by alien influence. The ultimate horror is that this malefic force is apparently aided by human collaborators, corporations and governments who have sold humanity out for their own survival and profit.

This new edition updates the game system, expands the setting, and heralds a robust line of accompanying sourcebooks and accessories. The team is led by veteran author and designer Jason Durall (RuneQuest, Conan, Basic Roleplaying, Serenity, Achtung! Cthulhu, The Laundry Files, World War Cthulhu, etc.), and consists of a wide and diverse team of talented newcomers and industry veterans, with additional team members to be announced.

The crowdfunding went live on Thursday 11th of April and runs until 7th of May. It includes the DARK CONSPIRACY core rulebook, a quickstart adventure, a referee screen/resource, an equipment sourcebook, a guide to paranormal phenomena, a bestiary describing the bizarre and horrific creatures of the Conspiracy, three separate card decks, and an adventure anthology.

Make sure to check out the DAY ONE specials on the project page: We have prepared a special discount for everybody who joins the project right from the beginning as a little thank you for the early support.

We hope to have gotten you interested in the world of DARK CONSPIRACY and look forward to you joining the ranks of the Minion Hunters!

After successfully funding the core rules for the Ubiquity version of Space: 1889 and several other supplements like the Venus and Mercury sourcebooks, it is time to turn our eyes towards the mysterious red planet Mars – the heart of the old Space: 1889 setting.

We proudly present our Kickstarter project for the English version of the Mars sourcebook! 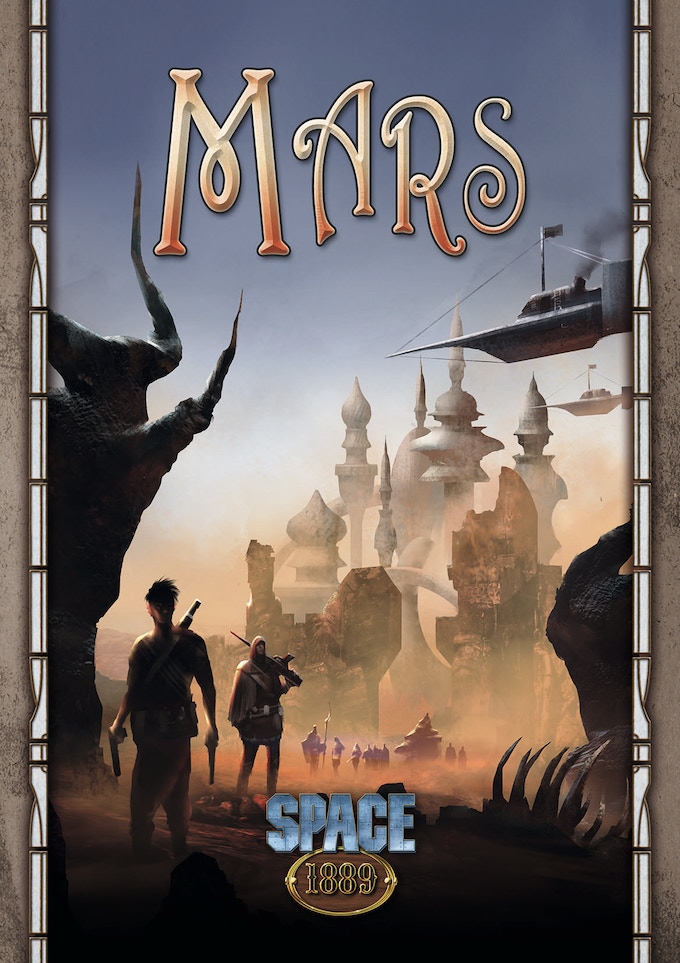 The 200 pages hardcover book has been previously published in German and contains detailled information on Mars, its inhabitants and rich history, the colonial powers vying for influence – and of course on all the adventures that one can encounter here. Join us on our journey to bring this book to the English market! 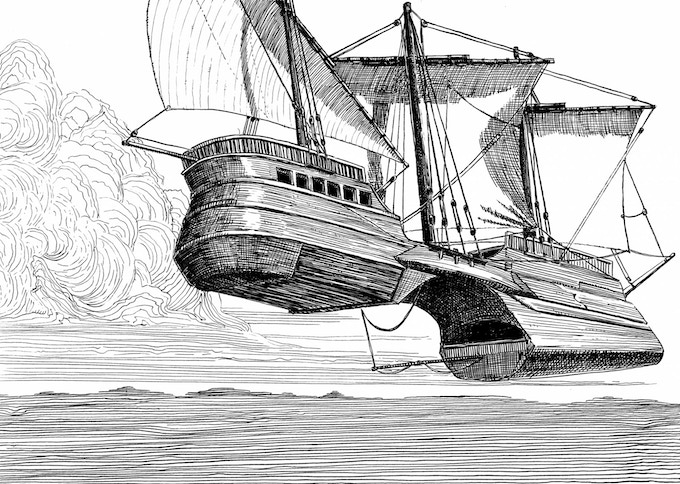 If you are interested in more adventure material for Space:1889 you should head over to DriveThruRPG. The PDF of “London Bridge Has Fallen Down” has just been released there and can be bought there for 5 $. The 28-page adventure is set in Mylarkt on Mars and includes a description of the location, complete with maps and all information needed to experience exciting adventures in this ancient city.

The adventure was originally written by Kieran Turley for our Kickstarter project and will be released as a print version in the first half of next year. It uses the Ubiquity rules for Space:1889.